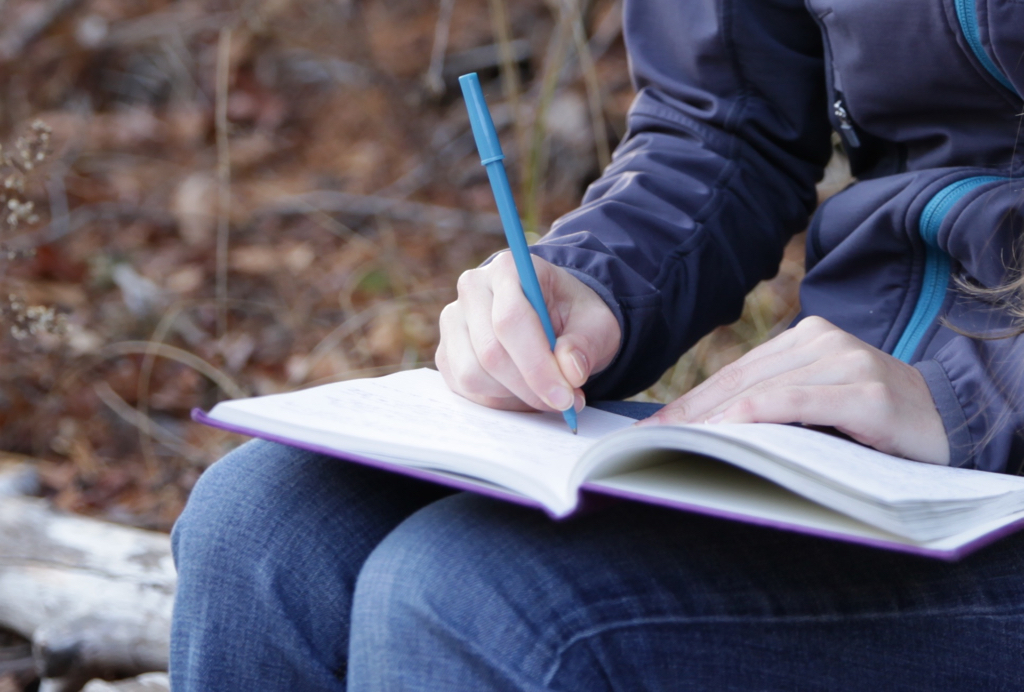 I know it’s a faux pas to even mention Christmas before Thanksgiving in the US, but here in Canada with our turkey feast already passed, Christmas decorations have started to quietly slip into the stores, even as Hallowe’en decorations are still openly on display. Visually, the Christmas season has descended upon me, and so I suppose my mind regards it as a not far distant landmark.

Now, this post is not so much about Christmas as it is about what I hope to accomplish by then. That is, to write 100,000 words on my blog — not starting today, but cumulative from when I began blogging.

It happened this way.

When I began to blog again (after having been away for several months), it happened to be on a Wednesday, and I have followed suit. Now it’s become a pattern — blogging on Wednesdays — and as an essayist, I delight to discover that I’m living within a pattern in this sometimes arbitrary-feeling world. So I decided to stick with it.

So while preparing to write another Wednesday blogpost, I was looking at my WordPress stats the other day, when I saw that I’d published what I felt was an astonishing number of words since beginning this blog two years ago: 91,560. Why not try to reach 100,000 by the end of the year? I thought.

As an essayist, I delight in discovering how things seem to come together as though ordained, and my stumbling upon these stats was no different. Let’s see, if I continue blogging once a week until the end of the year, how many posts would that be? Ten, a nice, round number. And if I keep to Wednesdays, my tenth post will fall . . . directly on Christmas! It must be a sign. So how many words would I need to write each post in order to reach 100,000 by then? An even 844 per post.

It made me want to sing out in essayistic praise:

How does it work out so perfectly, these numbers?

(Do you see what I mean about it being ordained?)

In all seriousness, the math does seem to work out uncannily well, not only for the neat numbers rhapsodized about above, but also for the reality of the required writing.

844 words per post is just about an ideal target for me. Currently, I average 1,096 words  (down from 1,204 per post in 2018), but for a blog, that’s still rather long. With a 750 word limit at Brevity, even flash nonfiction is shorter than my blog posts. (I feel a little sheepish to think that an entire essay can easily fit into the wordspace of my weekly ramblings).

It’s a goal that both stretches me (posting often) and restricts me (252 less words per post). Stretches and restricts. Intense frequency while cutting the word count by nearly a quarter. Sounds like a workout.

It would be much easier to write a few, very lengthy posts than to write at this frequency with such an intensity.

I say this because it’s difficult for me to be brief. But I now ironically find myself struggling to reach the word count here! And so, I’ll digress:

As of this writing, I officially have more published posts than unpublished ones. There are 80 posts in my “published” folder, 78 in my “drafts,” and one in my “trashed” (it deserves to be there). Yes, I’ve finally reached the threshold where I’ve published more posts than I’ve not published.

100,000 is simply an arbitrary number, as is 90, and 10, and any other “nice round number,” which is simply used to mean any number followed by a zero — a lazyman’s number — which is not to be confused with the mathematically distinguished “round number.” Still, 100,000 words is a milestone (of what I’m not quite sure), but it does seem creatively significant . . . like the 10,000 hours of “deliberate practice” ostensibly needed to master a skill. (I say ostensibly because this theory has ostensibly been proven wrong, but I also say “ostensibly” been proven wrong, because I still like the idea of it.)

(Some days, that seems an accurate average for my writing.)

Did you know that telegrams were limited to ten words?

You paid by the group of ten, if in code.

Did they take one hour composing each ten word telegraph?

I don’t know that at 100,000 words I’ll have mastered blogging (ostensibly or not). But I do believe that this little push to get me there — my self-imposed restrictions and frequency — will make me a better writer.

Question: What constraints have you used to improve your writing?