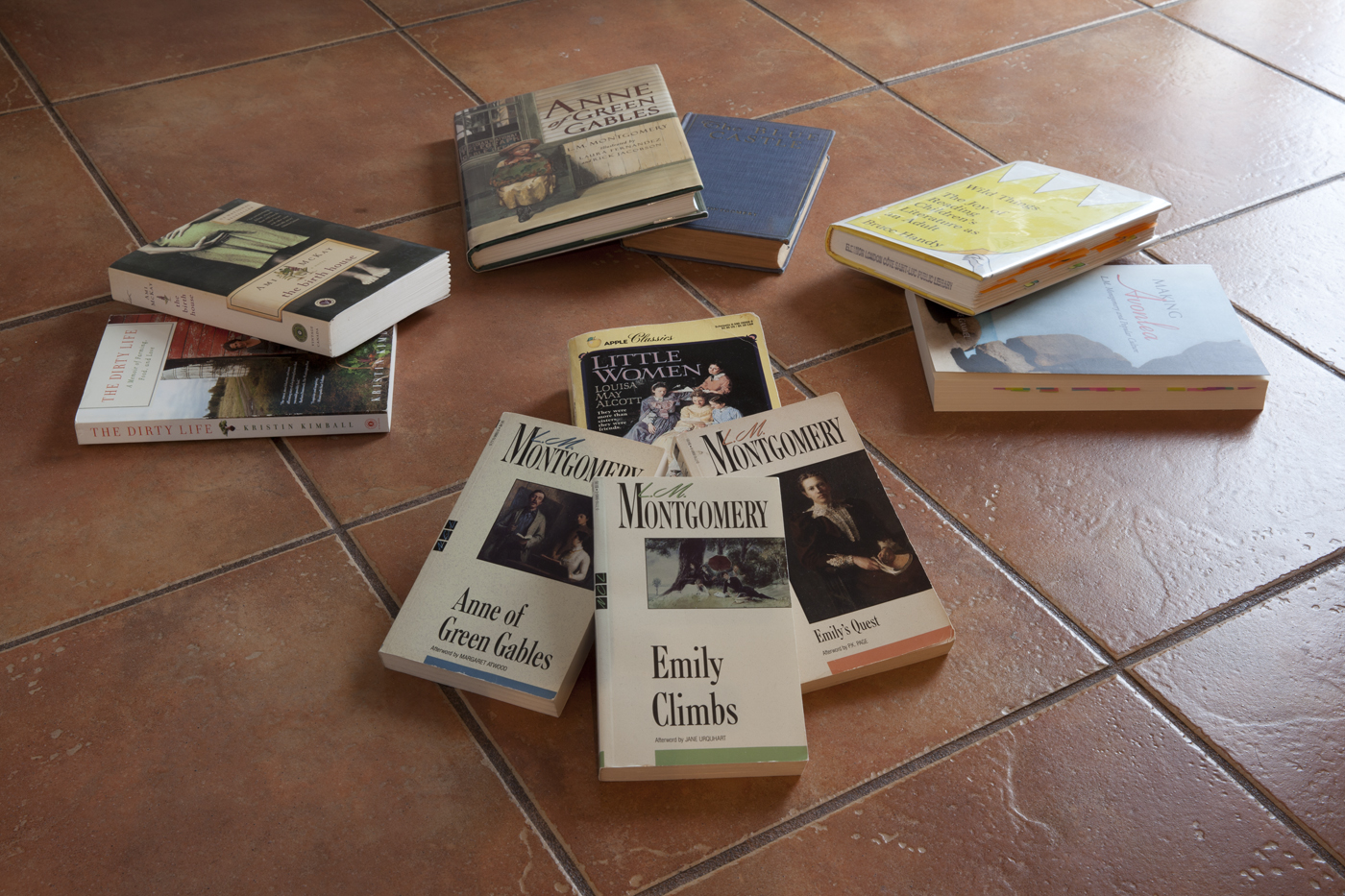 At the end of Bruce Handy’s Wild Things: the Joy of Reading Children’s Literature as an Adult (and yes, he is riffing off Maurice Sendak’s yellow-eyed-monster picture book), he unexpectedly includes a series of “book pairings.” Intrigued as to what these might be, I read on.

(I am, after all, the kind of reader who reads practically every word in a book: the dedication, the epigraph, the acknowledgements — I even read the blurb about which typeface and paper were used for printing — though I usually skip the copyright page. But not always.)

Writes Handy about book pairings: “Rather than gin up a formal and surely wanting best-of list [of children’s literature] myself, I thought it would be more fun and more interesting to suggest book pairings, matching well-known titles with less well-known but just as wonderful (or nearly so) books by the same authors and/or illustrators.” And so he pairs Margaret Wise Brown’s Goodnight Moon with her The Little Island, and Dr. Seuss’s Green Eggs and Ham with his What Was I Scared Of? and so on, giving brief annotations about each pairing of books. Delightful!

And then later on, and even more interestingly, he gives what he calls “some further pairings, though not by the same authors and illustrators. Think of these as bedtime double features,” Handy writes,” — some resonant or illuminating, I hope; a few just silly . . .” And so The Snowy Day is paired with Wave: “Keat’s famous winter tale finds a perfect complement in Lee’s wordless, clever depiction of a girl’s day at the beach playing in the waves.” And Little House on the Prairie by Laura Ingalls Wilder with The Birchbark House by Louise Erdich, the latter giving “the other side” of the story of American settlement by making the heroine a young Ojibwa girl.

The reader — and the essayist — in me, inspired by this brilliant idea, thought I’d try some of my own “book pairings.” I say “essayist” because essays, after all, are ultimately about taking two or more seemingly disparate things and making interesting connections between them on the page, which is the kind of thinking required for pairing books.

Like Handy, I think this will be both fun and interesting and hope that you’ll enjoy reading my pairings, and that it may inspire you to think of some of your own!

Now, of course I’m going to begin with L.M. Montgomery and Anne of Green Gables (despite Handy’s rather unfair dismissal of the book in his discussion . . . he doesn’t even finish reading it!). Montgomery’s best-known work and first novel features the irresistible Anne (with an “e”), an orphaned 11 year old who is passionate, sensitive, imaginative .  . . and a kindred spirit to the young and old, both in the story itself and readers of the book. The lesser-known Montgomery book that I’ve chosen to pair it with, The Blue Castle also features a female protagonist, but unlike almost every other of Montgomery’s novels, this one, starring Valancy Stirling, is not about a young girl but a 29 year old “old maid,” who’s not orphaned at all but suffers from too much family, caught in her clan’s stifling expectations for her. I like Valancy’s newfound sense of gumption, and her independent spirit. While Anne is forever desperately trying to please those who have elected to become her new family, Valancy strikes out on her own with a fresh,  independent spirit. While in later books, Anne laments her unwanted proposals, Valancy does her own proposing. Both are a good read, though in later years, I’ve preferred The Blue Castle . . . especially when I had found myself at 29 and still unmarried!

Yes, a few more by L.M. Montgomery. But her writing has had such a profound effect upon my reading and writing that I feel okay about double-dipping. In fact, writing itself is what I’d like to talk about. More than any any other of Montgomery’s novels, the Emily trilogy features a portrait of an artist as a young woman: a writer, specifically. It is the coming of age story of Emily, who we know from the beginning aspires to become a writer, and we see that growth and development throughout the series. We have scenes of her written in various locations in different houses, an attic for awhile and then finally her own little room, which had previously been her mother’s. Similarly, Jo, the protagonist in Little Women also dreams of becoming a writer, writing in her garret, mostly. Like many other writers, I have wanted to be a writer from a young age, and I wonder about the influence of both the Emily series and Little Women  on my own aspirations . . . and my need for a “room of my own” in which to write.

While I’m sure there are many others who likewise were influenced both by Emily and Jo in their writing aspirations, the pairing of The Dirty Life and The Birth House is much more individually specific to me. The connection? I attended author readings for both of them that were memorable. Now, I’ve been to several author readings over the years: various reading series at different universities, small gatherings in independent bookstores . . . But these two stand out, each as singular experiences, perhaps because of the writers’ passion not only for writing in general but what they wrote about: their subject matter being midwifery in one and small-scale farming in the other.

I saw Ami McKay while in my undergrad on the East Coast of Canada when her book first came out (a decade before it was nominated for and then won the Canada Reads prize). The reading was held in the evening in the basement of the public library in a cozy room filled with men and women (mainly women) my parents’ age or older (I was in my early twenties at the time). There was a special feeling in the room as she not only read from her novel about generations of midwives (which she said was inspired by stories of her family), but took questions afterwards, which weren’t so much questions, so much as a sharing group of people who felt strongly about midwifery, many with personal experiences.

Kristin Kimball’s reading was held at a small, genteel-feeling university somewhere in upstate New York that my mom and I impromtu drove to one afternoon, specifically to hear this reading (my mom had heard it advertised on the radio). This was a much different crowd, and atmosphere in general. It was the afternoon, in an spacious room with big windows letting in lots of sunlight, and the majority of the audience were comprised of undergraduates, there as part of their class (perhaps agriculture?), sitting keen in the front rows. Kimball’s book is a memoir: she’d lived in a small apartment in New York City, struggling to make her way as a writer, when she began a piece on small-scale farming, and interviewed Mark, who she became enthralled with and eventually would leave New York for, start a farm with him, marry, and raise a family together. Mark, incidentally, was at the reading too, and offered his own answers to questions as well. The two were a contrasting dyad. The energy in the room was electric (I think mainly because of him) and it was clear how passionately they both felt about small -scale farming. One thing I loved which Kristin Kimball said, I think during the question period were her priorities, in order: 1) being a mother 2) being a writer 3) being a farmer. Her book, which I’d not read before, I bought, and had signed. Both The Birth House and The Dirty Life are well-written, enjoyable. The personal connections I have with both of them male them even more so.

Making Avonlea: L.M. Montgomery and Popular Culture (2002) edited by Irene Gammel and Wild Things: The Joy of Reading Children’s Literature as an Adult (2017) by Bruce Handy

Yes, both of these are books of literary criticism. Why include them on this list, you may say? Because, they were both such fun books to read! Now, I usually don’t just sit down and read literary criticism for fun (though I have read it, and probably will continue to — and even attempt to write some of my own — for my academic progress). But these two were absolutely delightful! Perhaps, like The Dirty Life and The Birth House, these two books were so enjoyable and memorable because of their subject matter, and as was the case with the enjoyability of the readings of those prior books, their atmosphere. Wild Things invited me into the world of children’s literature, and to consider it in critical and complicated ways I would never have thought of on my own. The same is true for Making Avonlea (Avonlea, of course, being the fictional village which Montgomery situates a number of her books). One of my favourite essays in the latter book (it’s a compilation by several writers) is a discussion about the colour of heroine’s hair in a number of novels by different writers, something I’d never thought of, but which was interesting and entertaining to consider, especially with Anne’s flaming red (other essays included the way that Anne was portrayed as a writer in the PBS tv-mini series, and the role of The Lady of Shalott in the film/books, or Avonlea and cyberspace.) What I love about both of these books is, not only the high quality of the writing, but the sense I got that the writers were having fun while writing. Although, now I’m wondering what Bruce Handy would think of the fact that I’d paired his book with one about his dismissed L.M. Montgomery?

Question: What are some pairings of your own? (either by a single writer, or books that somehow speak to each other, either by their content, or a more personal connection)