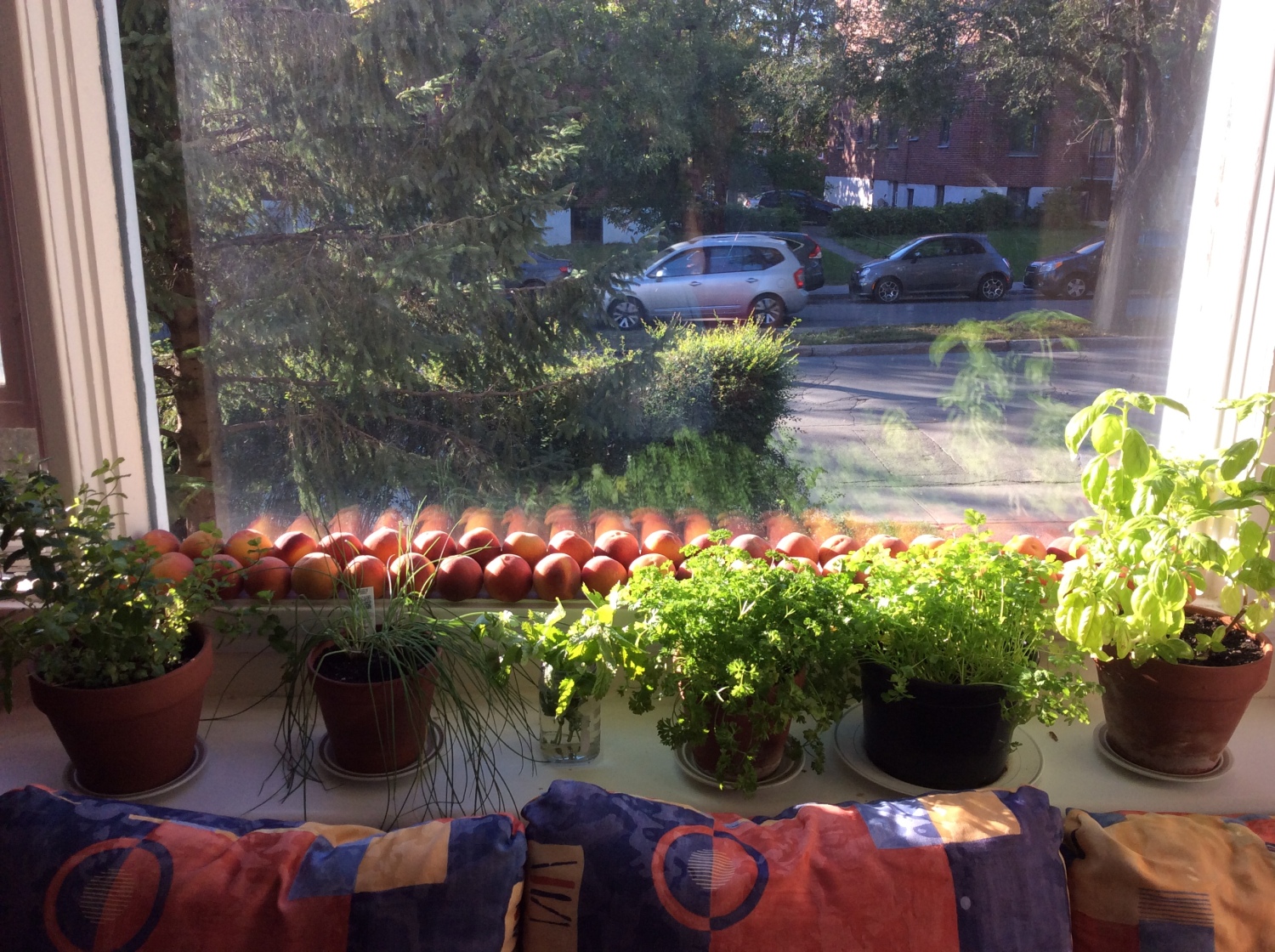 I grew up in the country. Big backyard, forest beyond, and a pond for skating in the winter. In the summer we picked wild flowers, sour apples, and gooseberries from the bush and brought them home. The apples could only be eaten when dipped in sugar and the gooseberries were so green that they puckered our mouths when we popped them in and crunched on the seeds.

It’s easy, sometimes, to romanticize what you don’t have any more.

We had a large green vegetable garden each year, with small sections (about four feet square) for each of us children, and we were responsible for the planting and maintenance of our own plot. I planted yellow beans, lettuce, and a few other vegetables from seed, and we had a cherry tomato plant each with tiny yellow flowers that burst into ripe red globes of fruit.

We had a dirt box out back – yes, you read right – a dirt box, not a sandbox, that we mucked around in. Sometimes we made mud pies using frisbees as pie plates and baked them in the sun.

As a teenager, we moved to a a different sort of country, this one near a large river. I spent a lot of time by the shore, looking across the water to the hills at the other side of that wide expanse, and did a lot of thinking there.

A couple of decades and dozens of moves later, I find myself living in the city. I am using “the city” as generically as we often use “the country” — as though it is indistinguishable from all the others like it. I have been living in “the city” (though it goes by various specific names) for years now. And yet, I cannot shake “the country” I came from.

I’m always trying to recapture it, reproduce it in some way. I am trying to find the inspiration of nature in the city.

Because, there’s something about the country that’s conducive to my craft of writing. Not directly, perhaps, but indirectly. Having that connection with nature is soul-satisfying: it puts me in a good place in which to write.

I have been desperately missing nature lately, and I set off writing this piece convinced that Nature was the key ingredient to my writing. If only I could write it out, and discover how to find nature a bit more in the city, then perhaps that would solve my unmet writing needs.

Yes, if only it was so simple.

What is it about the country that makes me search for it in various cityscapes? Why do I try to plant a vegetable garden in an urban jungle where the surrounding buildings make it next to impossible to get enough sunlight for my plants? What draws me to the parks with tall, genuine trees and a pond, even if it’s artificially made and small?

I’ve searched for nature in various cityscapes. And I’ve found it to a certain extent. Like last week, when I walked around the botanical gardens and saw the large exhibit of  butterflies.

But does being connected with nature actually make me a better writer? Or is this just what I tell myself?

Lots of writers feel a strong connection with nature. I’m not the only one.

As a young teen I would sit up on the roof of my childhood home and look over the world: the forests and fields and the houses dotting the landscape. I don’t know that I ever actually wrote up there. But there was, as Anne Shirley has said “scope for the imagination.”

When I went to the river, I often brought a book to read and a writing notebook to write in, but despite the best of intentions, they both often remained closed. Instead, there was some other essential part of me that was open: open to the wind and the waves and the way the setting sun looked behind the far hills. (Ironically enough, I often went there and thought of Great Writers who had much more inspirational landscapes from which to draw.)

I suppose what I’m saying is that when I recall living in the country, I think about the ways it inspired me. (And perhaps the ways in which it, at the time, it was not satisfying to me – but it’s difficult to recall this part of it. It’s hard to see the nuanced version.)

Perhaps it’s impossible to immerse myself so completely in the kind of nature that “the country” offers when I’m living in “the city” – at least the memory I’ve created of what “the country” means.

But I can find joy in nature in small ways – by cycling to a nearby park, find solace in the tall trees, walk the boardwalk and marvel at last year’s leaves floating in the small forest pond. I can appreciate the sound of the woodpecker hitting those tall trees, or the sight of the red cardinal that sometimes visits.

Question: How do you find inspiration (in nature or in other ways) in the city?