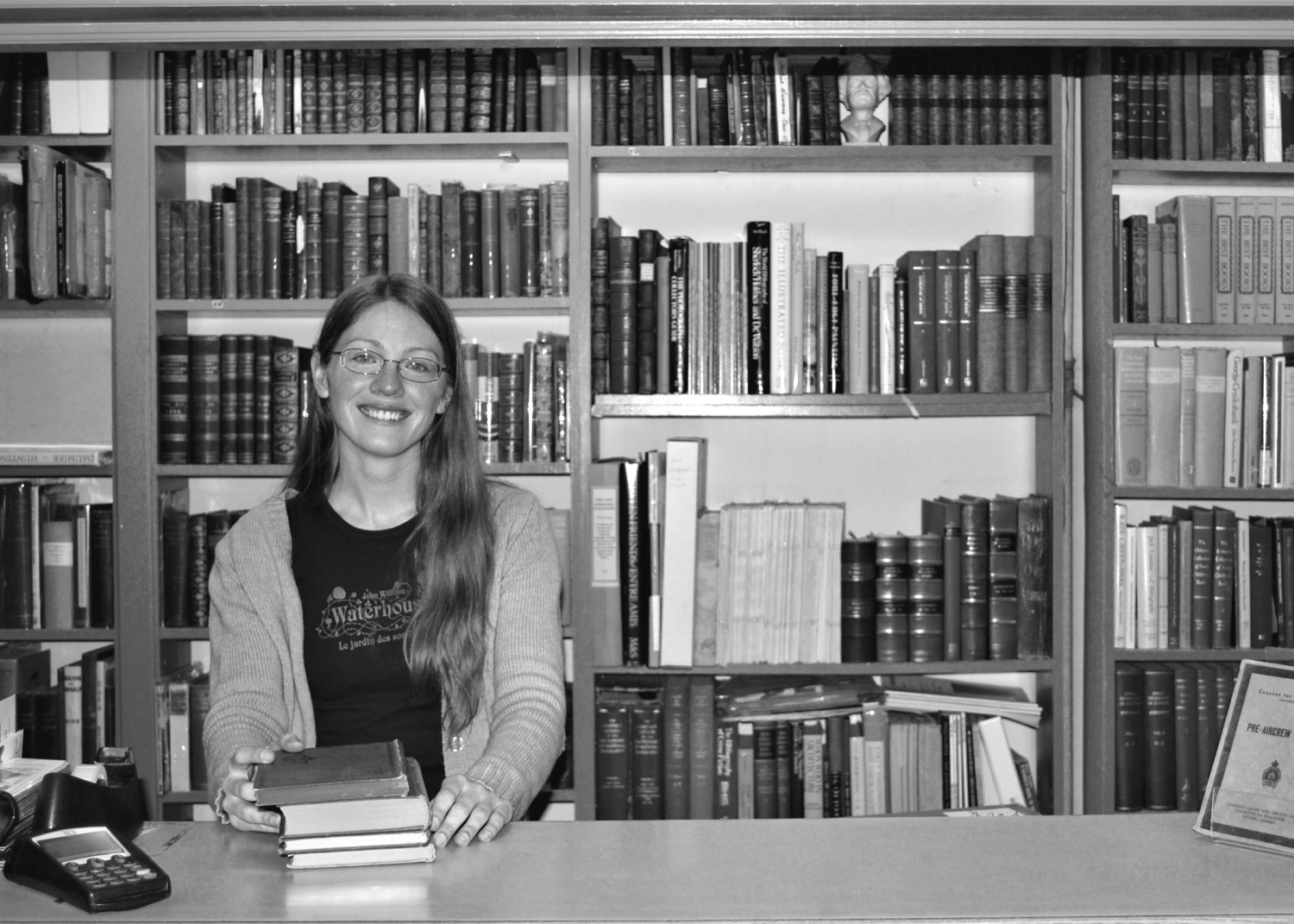 I used to work at an antiquarian bookstore — the kind with wooden ladders on metal tracks and walls packed to the vaulted ceiling with shelves upon shelves of beautiful, old books. It was a dream job, really: the kind every book-loving soul would love to have.

I worked here for over four years while in my twenties, doing any number of jobs. The most difficult, by far, was when we moved. The bookstore had been at the same location for forty years (or at least, on the same small stretch of street at various locations), and they were moving from this quaint place to downtown. This meant moving 30,000 books across town, a couple of loads every shift for about three months. The elevator at the new location tended to be broken the majority of the time, as I remember it, meaning we would have to carrying the loads up a few flights of stairs. (I told you this was the most difficult part of my job!)

But before all that — before the move and the new location — we had a moving sale at the store, and I decided someone needed to document the quirky things about the old store, before it was turned into a flower shop. And so, because I could best write from the perspective I knew, I wrote my memoirs of working there, wherein I tried to capture the quirks, the commonplaces, and the everyday occurrences that would change and be lost after we moved. The bookstore was, after all, an anchor in the community.

And so I wrote a little chapbook, and sold it at the cash register when gobs of people came to gobble up the incredible sales which I don’t think the likes of which have occurred at that much off since the store’s inception (nor will they again for the next 40 years, I’d wager). Books are heavy, after all. It was easier to sell them than to lug them all across town!

The chapbook, a token of the store I’d worked at, sold incredibly well, and in its first month of publication, sold out of the 100 print run I had self-published. I re-issued it, wrote a Foreword to the second edition, and printed several times more copies this time.

By the time the second printing came out, the book sale was mainly over, but I still managed to sell a significant portion of my little chapbooks. And then, a curious thing happened: an irony emerged. I had a few left-over chapbooks, which meant, I had to lug a small box of books along with me every time I moved, like I was reliving the moving of the bookstore.

It’s occurred to me recently that perhaps these chapbooks would be happier in homes in which they are read and appreciated rather than sitting in a box. And that perhaps you might be interested in one, to experience what it’s like to work in an antiquarian bookstore (you being a book-loving soul).

After all, they have not met their time yet. As the proprietor to the bookstore once shared with me this prayer,

“Remember book that thou art tree, and unto tree shalt thou return.”

There is a time appointed unto every book, but I don’t think that time for these rare, scarce copies of my chapbook is yet. So if you’re interested in one, send me a message on the contact page and I’d be happy to sell you one.

Question: What do you do to avoid moving books?